Getting The Best In South West London Waste Removal

Big Ben are here to make sure that every single person has access to the very best in South West London house clearance. We have worked tirelessly in the waste removal industry for many years and this means that there is no one better placed to make sure that you have access to the very best services, whether you need office clearance or junk removals. We have the kind of knowledge which covers every possible outcome, making it easy to deal with garden clearance and commercial clearance and meaning that no job is too big or too small. Instead, we can ensure that your clearing services are always in the hands of the best house clearance professionals around. Our clearance is built on a wealth of industry experience, meaning that those who are looking for the best house clearance company to help them in any kind of fashion need not look any further. If you would like to learn more about the rubbish removal services which we offer and how exactly they can help you, give us a call on 020 3743 8686 today and get a free quote from our friendly team. 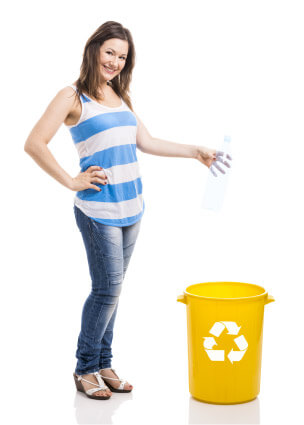 South West London is one of the most underappreciated areas of the city. While it may not have the glamorous appeal of Fulham and Chelsea or the importance of Westminster and Downing Street, it is still home to a huge number of people in areas such as Wandsworth and Sutton. These areas are particularly popular with those who wish to commute in and out of the city on a daily basis, with Merton ad Lambeth offering a more laid back approach to day to day life. This is made possible by a strong public transport network. As well as the tube, there are a huge number of buses and places such as Croydon even have their own personal tram system, which is unique in and around the London area. For some, the distinguishing aspect of south West London is its proximity to the river, with places such as Richmond upon Thames and Kingston upon Thames being named for their position relative to the river. As well as bordering West London, access to Central London is relatively simple and can even be made on foot.

Not only do Big Ben want to make all kinds of waste removal possible, but we want to make sure that it is carried out in the right manner. We know that getting the best property clearance is often a case of getting quick and easy help. This means that there is no one better placed to help you with your domestic clearance when you are rushing to get the home ready for a big event or party. No matter what your reason, we can handle rubbish removal incredibly quickly and there is no one able to offer rubbish clearance in a more efficient manner. As well as being the kings of efficient clearing services, we also aim to make sure that you never have to look very far when searching for the right deal. Our services are perfect for those looking for great value for money, bringing a great service at a great cost. No matter what it is that you need removing, we can find the best possible price to help you. If you would like to learn more about the prices which we offer to our customers and just how much money we can make sure that you save, give us a call on 020 3743 8686 and discover what we can do to help you.